These are the several available books and formats about The Swedish Tailor and Adventurer. The books can be bought on www.amazon.com, on Swedish bookstores online or directly through the publisher. At the bottom of the page you will find how to buy books and how to get in touch with the publisher. 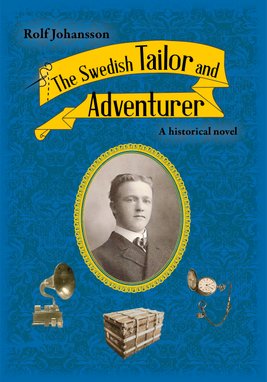 The Swedish Tailor and Adventurer

Alfred is only five years old when his father dies in 1890. His mother inherits the lonely and difficult task of managing their little farm in Skåne, in the southern part of Sweden. After finishing school, Alfred is trained to be a tailor in the city of Helsingborg. At the end of his apprenticeship, he is attracted by what he hears about greater opportunities in America.

In 1903 Alfred convinces his brother Martin to leave the safety of Sweden for thrilling experiences and alluring places in America. Alfred is faced with dramatic turmoil in Chicago's ethnic melting pot, he searches for gold in the Alaskan arctic and witnesses the murderous wild west coast.

At the same time, Rosalie lives a much calmer and refined life as a housemaid in Connecticut. She has emigrated from a poor croft, close to where Alfred grew up, to become familiar with the environment around well-off families in New England.

The Swedish Tailor and Adventurer is a historical novel, based on true events and facts. The fates of these young emigrants, Alfred and Rosalie, whose lives eventually intersect, are portrayed in a century that was young and optimistic.

You find the e-book on www.amazon.com 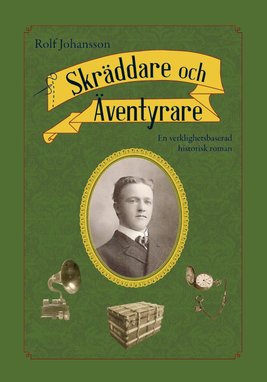 The Swedish version of the book was published in Sweden in the fall of 2018 and is the same book and content as “The Swedish Tailor and Adventurer”, however in Swedish. An opportunity for those who wants to improve their Swedish.

Internationally only available through the publisher or Swedish online bookstores.

A discount is given when you buy more than one book.

THE SWEDISH TAILOR AND ADVENTURER

You find the book on www.amazon.com

THE SWEDISH TAILOR AND ADVENTURER

You find the book on www.amazon.com

Title translation: What you did not know about The Swedish Tailor and Adventurer. Only available in Swedish. Hard cover, 102 pages, price: 145 SEK. Contact publisher for best offer.

(English: What You Did Not Know about The Swedish Tailor and Adventurer)

This book is a postscript to the previously published book. It has been compiled for curious readers who wants to have the opportunity to know the further details concerning how the story was created. The postscript highlights in chronological order and explains most of the episodes and considerations in the book. This gives the reader an in-depth and complementary background and increased understanding of the emigration story.  Finally, a “bonus chapter” has been added about the main character Alfred's strange stock investments in Snoqualmie Mining Company outside Seattle. A fascinating historical review of an adventurer's hope for wealth.

Internationally only available through the publisher or Swedish online bookstores.

Send a message to buy a book or ask any question.